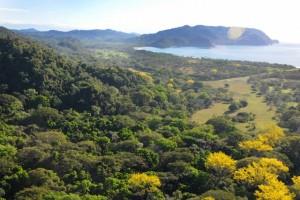 Making the choice to move your life abroad is big, and not something to be considered lightly! Regardless of whether you’re looking to make a permanent move or a temporary one, the options abound as to where you can lay your proverbial hat. In fact, this can be the toughest part of becoming either a snowbird or expat… where to go.

Costa Rica has been in the ‘living abroad’ game for many years, and has been a number one retirement destination to North Americans for over 15 years. Although new countries join the ranks every year, few have the ‘tried and true’ history that Costa Rica has, and that doesn’t appear to be slowing down anytime soon.

So what does this mean for those looking to say sayonara to North America? Is Costa Rica still heralded as the affordable, exotic and tropical paradise it once was? Or is it now so overrun with tourists and ‘gringos’ that it doesn’t have the same allure it is synonymous with?

Yes, it’s true; over the years Costa Rica has become an incredibly popular destination for those looking to escape cold winters. However, it’s important to remember that Costa Rica isn’t chalked full of all-inclusive resorts and specific tourist destinations. The whole country is a destination! In fact, Costa Rica was the first to coin the term ‘eco-tourism’ – vacationing in a way that centers on personal growth and environmental sustainability – a tourism niche they embrace and promote. That’s not to say that Costa Rica doesn’t have its share of tourist ‘hot spots’, it certainly does, they just tend to all be in the same areas and don’t consume the entire country.

Interestingly, it tends to be these tourist destinations that are responsible for speculation that Costa Rica is no longer an affordable option for those looking to purchase property abroad. For example, you head on a holiday at a Costa Rican resort, and ‘just for fun’ pop into a real estate office to check home prices in the area… it’s very unlikely that the average-income North American will be able to afford living next to the Four Seasons or Riu Resort in Costa Rica and, to be honest, living in these areas isn’t quintessential Costa Rica anyway.

If you’ve been to Costa Rica, it’s hard to believe it’s considered a ‘developing country’, especially if you’ve spent any time in the capital city, San Jose. With advanced infrastructure, including medical facilities, Costa Rica is a forward thinking country, and is fortunate to have a government that puts effort into continuous improvement.

In the smaller, outlaying areas of Costa Rica, such as the southern Nicoya Peninsula, you’ll find well-stocked grocery stores, clothing boutiques, deli’s and restaurants to appease every palate… oh, and thanks to the lack of major resorts and high-rise condos, you’ll also find much more affable property prices; the community of Los Delfines, for example. This is an exemplary model of community living in Costa Rica, offering all the comforts of ‘home’ in a tropical setting.

So, is Costa Rica still a ‘good deal’? The answer is a resounding yes! The key is to know where to look. Thankfully, with Ideal Living as your resource and Los Delfines as the ideal community, you don’t have far to go. 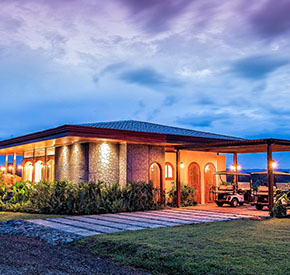 Arenal Hills is nestled in a valley surrounded by the rain forest and rivers. Homes are designed to showcase the panoramic views and forested setting surrounding Arenal Hills. Enjoy International Living at its finest!
Read More...