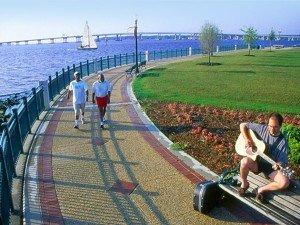 New Bern, North Carolina, is in the midst of a restoration and renovation that’s turning back the clock on this tri-centennial city. North Carolina’s first capitol is being transformed back to its original splendor, while also creating modern amenities that make this town a prime destination. Picturesquely placed at the meeting of two rivers—the Trent and the Neuse—the natural beauty of the town speaks for itself.

“Over the years, industrial and commercial development took away from [the town’s] natural beauty,” city manager Mike Epperson explains. “But now, that’s been restored.”

New Bern is becoming a cultural hub. It’s full of history, has a vibrant arts scene, notable restaurants and hotels, and even a little Hollywood appeal. “There’s something for everyone here,” Epperson says. “We have an active retiree population, and now we’re seeing more and more young families move to New Bern for our small town, big city appeal.” Carolina Colours is a community in New Bern located not far from downtown, and growing in popularity amongst families looking for traditional design and the space to entertain their families. 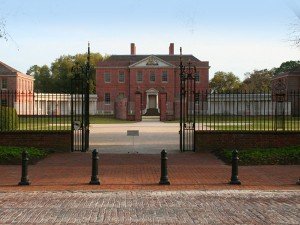 Tryon Palace is a staple in New Bern’s history. Completed in 1770, the mansion was originally the home of Governor William Tryon, and later became the headquarters for state general assembly sessions after the revolution. But in 1798 the palace suffered a devastating fire, requiring significant funding to rebuild it, and restore the surrounding grounds. Reopening its doors in 1959, Tryon Palace stands as a testament to New Bern’s history and rebirth. Next door to the palace is the NC History Center, a more recent and equally popular attraction for visitors and residents alike.

New Bern also has two historic districts downtown. The well-maintained houses are admired for their illustration of southern architecture and traditional style, and the historical cemeteries are like a step back in time. You can even visit the birthplace of Pepsi while you’re here. One of America’s favorite soft drinks was born in an old pharmacy downtown.

The history of New Bern even makes its way into the cuisine. There are many options for dining—The Chelsea, Persimmons, Captain Ratty’s (a cornerstone), and “probably the best breakfast you’ll ever have anywhere” at Baker’s Kitchen. But if you’re looking for the historical element to go with your food, dine at the Harvey Mansion. The 9,000 square foot house was built in 1797 for ship owner and merchant John Harvey, and was restored and reopened in 2003 as a restaurant. With award winning Chef Scott Durocher in the kitchen, guests will enjoy an array of delicious food ranging from seafood dishes to lamb dishes. 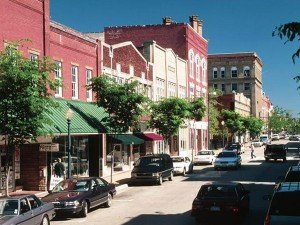 “People also come to New Bern for the theatres and art galleries,” Epperson says. There are many local galleries featuring the work of New Bern’s talented community of artists, including painters, potters, and photographers. You can find a lot of work on display at the Bank of the Arts, a former bank building donated by First Citizens Bank and restored into a gallery. It’s the headquarters for the Craven Arts Council & Gallery, and is “the centerpiece for local arts.” New Bern Civic Theatre also is a big part of the city, putting on shows for both young and old for 40 years.

Hollywood has even taken advantage of New Bern’s beauty, having been location for popular movies, TV shows, and novels. Writer Nicholas Sparks—inspired by his move to New Bern—found it the perfect setting for his novel The Notebook. More recently, the brand new TV show “Sleepy Hollow” uses New Bern as a filming location.

New Bern is definitely buzzing again. Historic charm, riverfront appeal, and walkability make it an ideal destination. Not only is it home to author Nicholas Sparks, but also to NC’s first female governor, Beverly Perdue. “They could probably live anywhere they want to, but they choose to live in New Bern,” Epperson says. “We think it’s a special place.”

Carolina Colours brings to life the very best of small Carolina towns-past, present and future. A mere 30 minutes from the Atlantic Ocean, the waters of the Trent and Neuse Rivers converge to surround the vibrant waterfront town of New Bern, NC. Community amenities include the 25+-acre Carolina Lake, a Harris Teeter grocery, parks, trails and sidewalks, an Activity Campus with golf, fitness, tennis, swimming, pickleball and-for those quiet moments-rocking chairs Read More...
Your Information Request for your selected properties