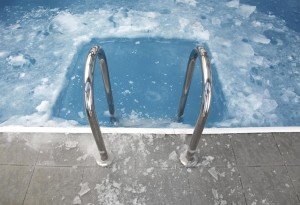 It sounds crazy. Maybe it is. But every year, in cities around the country and around the world, people dive into bodies of water, from lakes to oceans, in the freezing cold of January, February or March for fun. Well, maybe not simply for fun. In the US, these events, called Polar Bear Plunges, are used to raise money for charitable organizations, such as the Special Olympics, the world’s largest sports organization specifically for children and adults who are differently-abled.

Polar Bear Plunge events are held throughout the United States, from Seattle to New York City. In Boston, the L Street Brownies have been making the plunge in the Boston Harbor since 1904. Since 1916, members of the Polar Bear Club of Milwaukee have been diving into icy Lake Michigan. The tradition has taken off all over the world, now encompassing less frigid climates as well. But still, at its heart, the Polar Bear Plunge is a tradition based on compassion and charity.

To participate in a plunge, a donation must be made in your name. There are a variety of ways to gather funds for the plunge, from giving out of your own pocket to getting an organization to back you or receiving support donations from family and friends. The donations received are compiled and given to the charitable organization for which the plunge is taking place.

Usually, plunges support the Special Olympics, such as the Lewes Polar Bear Plunge at Rehoboth Beach, Delaware. This event will take place on Sunday, February 2nd at 1 p.m.

Other events, such as the Virginia Beach Plunge, are weekend-long affairs, including 5K runs, volleyball tournaments, parties and costume contests, as well as peewee plunges for kids. The events at Virginia Beach will be held February 7 and 8, 2014, culminating in “The Plunge” at 2:30 p.m. on Saturday. 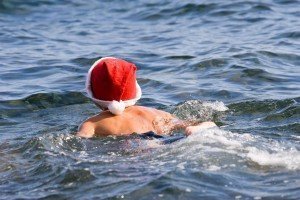 In Raleigh, North Carolina, plungers can be awarded prizes for jumping into Lake Raleigh on February 22, 2014. From youngest plunger to oldest plunger, from plunger with the best individual to the best team costume, and even awards for the largest fundraising group and top individual fundraiser. Other goodies include baked goods, raffles, music, and even more.

Some states, such as Tennessee and Pennsylvania, have plunges throughout the state, in different cities and at different times. The Harrisburg, PA event takes place on January 31, 2014. In 2010, 600 plungers in Harrisburg took the plunge in 27 degree weather, and still came out calling the event a “freezing fantastic” time.

If you are interested in “taking the plunge” there is probably an event near you. And if there is not, you can always support other plungers and donate to a great cause. With its mission to provide sports training and athletic competition in Olympic-type sports for people with intellectual disabilities, the Special Olympics is a great organization that brings joy, courage, and skills, along with physical fitness.

So take the plunge (or support it!) this winter season.

Search for Pool By State: