Retire to Tennessee – Southern Hospitality with a Rock-n-Roll Kick 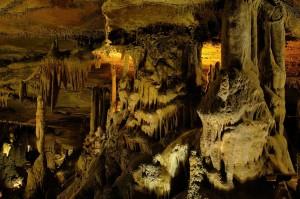 While the Memphis Barbeque should be enough, there are a million reasons to retire to Tennessee. Nestled between many different states (North Carolina, Georgia, Kentucky, Virginia, Missouri, Alabama, and Arkansas—oh my!) Tennessee offers a Southern charm that no other place in America can provide: southern hospitality with a rock-n-roll kick. And, it comes with a low cost of living and low tax burden to boot.

Characterized by hills and hills of rolling, green grass—Tennessee’s focus on agriculture has made it undoubtedly beautiful, even on the longest of car rides. The rustic, red barns with sky-high silos cover the earth, with soybean crops and corn proving how plentiful the land in the south can be. The accents, the sweet tea, and the sunshine characterize the loveliness of rural areas. Little wood-floored convenience stores with bottled cokes and pecan divinity are scattered along the roads, and fried chicken is found at every corner.

For the more adventurous of outdoors men and women, there are more caves in Tennessee than any other state in the United States. More than 8,600 caves have been recorded to date under the state’s rich soil, all deep and dark and available for exploring, like the Lost Sea or the Appalachian Caverns. The subterranean world has led to the state’s nickname of “A Spelunker’s Shangri-La.” For slow-moving, picturesque sites, daytime tours are available for the whole family. For the more brave-of-heart, nighttime tours pave the way for a memorable night. People are so captivated by the caves that they have become a popular wedding destination! Bluegrass Underground, gem mining, and carved, elegant rooms are enough to keep any sight-seer busy while being underneath Tennessee.

For those who prefer being above ground, kayaking is a huge draw to Tennessee—with tons of winding, intricate rivers perfect for any level of expertise. Hiking is key in this area, too, whose colors are so vibrant year round that there is never a bad time to hit the trails. The state’s Blue Ridge Mountains are littered with jaw-dropping waterfalls and hidden, moss-covered swimming holes. Ruby Falls in Chattanooga is a particular go-see, whose 145 ft. waterfall is colored deep red by the surrounding clay. 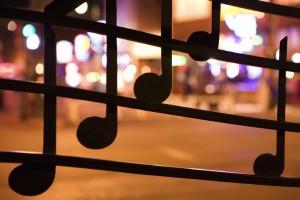 A day in the city offers no less to go-and-do in Tennessee. Considered to be one of the music capitals of the world—finding lively, bold new music is as easy as walking down the street. Nashville, TN, is a center for new, up-and-coming artists to call home, and a place where many of the most famous musicians in the world have gotten their start—making itself the home of Country Music, and host to the Grand Ole Opry. Sun Records in Memphis has fostered the beginning careers of those such as: Elvis Presley, Johnny Cash, Carl Perkins, Charlie Rich, and Jerry Lee Lewis. The King himself, Presley, took so much of a liking to the state that he built his world-famous home there, The Graceland Residence. The Memphis Rock-n-Roll Museum and Country Music Hall of Fame serve to celebrate Tennessee’s long history of great music. Dolly Parton’s country-themed amusement park, “Dollywood,” shows that there are very few things in Tennessee that music doesn’t effect.

Tennessee’s tax situation is also an appealing factor when it comes to a place to retire. According to Business Insider, Tennessee’s cost of living is the second lowest in the country (Bankrate), and the third lowest tax burden out of all 50 states. The state doesn’t have any income tax, which can make you and your wallet very happy.

Whether you’re born to the call of nature, or thrive off of city-lights and rhythm, Tennessee undoubtedly is one of the best places to retire, making sure that every day is an adventure, with something new to discover. And the tax situation doesn’t hurt either.