Net Neutrality and Why You Should Care

By Steve G. Swart. Previously published in the 2015 Summer issue.

Understanding the Internet and who controls it 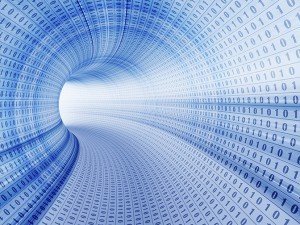 Do you even remember life before the Internet? Now we Facebook® our vacation, Pin our favorite foods, watch favorite instructional videos on YouTube®, shop on Amazon®, buy a lawn mower off Craigslist® and Google® just about everything else. The primary driving factor behind the success of these innovative companies is the concept of net neutrality. Net neutrality basically refers to the idea that all information that flows through the Internet is equal. This concept allows the smallest startup company to have the same access to the consumer as the largest. Net neutrality has allowed small innovative upstarts like Netflix® (1997), Amazon® (1994) and Facebook® (2004) to compete and succeed against much larger competitors.

The idea behind net neutrality long precedes the Internet. It was applied to the telegraph and later telephone networks. These services were deemed common carriers, which basically made them public utilities, akin to and regulated much like power lines and water pipes. Under the regulation of the of the Federal Communications Commission (FCC), these services were basically available to everyone everywhere. Access to the Internet, however, developed as a vertical market for cable companies to sell additional services and it spread primarily to densely populated markets.

Most, if not all, Internet data traverses the country and world over big telecommunications infrastructure which is a public utility and is regulated as such. This system essentially acts as a dumb pipe and it only carries the data, without regard of the content, and therefore data traffic is all treated equally. The smallest and newest startup is on the same footing as the biggest company and those big companies cannot use their size or money to provide an advantage in delivering their content to the consumer. That is fantastic but unfortunately those connections don’t quite make it all the way to your house or business.

As consumers we pay Internet service providers for connections to the Internet. The connection between your house or business and the Internet is known as the last mile. This last mile connects your home and business to that big open telecommunications system and access to this last mile is controlled by Internet Service Providers (ISPs), which are usually the local cable companies. The last mile is also considered an “information service” and cannot be regulated like other common carriers. In the U.S., consumers almost everywhere are limited to one option when it comes to connecting to the Internet. There is little or no true competition and therefore little incentive for lower prices and faster service.

At first the Internet was great for the ISPs. The Internet represented a great vertical market over existing cable infrastructure where cable companies could sell a new service to their customers. They wanted more content and services to attract more customers to purchase access to the Internet. The more stuff there was, the more people signed up, and the more service they could sell.

At some point that changed. As the market for Internet access matured and growth slowed, the providers started looking for new sources of revenue. ISPs controlled Internet access to most homes and businesses, which also meant they could be the gatekeeper and manage which and how fast that data traversed the last mile. A prime example of the shift away from the free and open flow of data was in 2013. An ISP decided that Netflix should pay more for all the streaming data traversing the last mile to their consumers. Soon after, around December 2013, the consumers’ access to the streaming service was throttled. Customer complaints followed, and in early 2014, Netflix was forced to negotiate with that provider for paid access to their provider’s customers. Within a week after agreeing to pay, service returned to the prior levels.

The FCC wrote new rules in 2011 which attempted to enforce net neutrality, but in January 2014 lost the challenge in the U.S. court of appeals primarily because the judges ruled that the FCC did not have the authority to impose these orders without classifying network providers as common carriers. Since the FCC had previously classified broadband providers as “information services” and not “telecommunications services,” they could not be regulated as common carriers.

The court in its ruling, while limiting the scope of regulation of “information services,” had left the door open for reclassification of consumer broadband as a utility under the Communications Act. At the behest, and because of a huge public groundswell in opposition to the position held by telecom and cable companies, the FCC, in a three to two decision, moved to reclassify consumer Internet services as a Title II utility. This ruling prevents providers from blocking or throttling and also eliminates selling preferential treatment for any data traveling to the consumer. Other elements of Title II would allow the FCC to regulate pricing and to require the providers to allow other companies to sell data services directly to the consumer using the last mile.

The ISPs have argued that the rise of streaming services taxes their infrastructure and that those companies that benefit most should pay more. They have threatened that they would halt improvements to their networks if others could use their connections to reach directly to the consumer. ISPs also warned that rates would go up in a regulated environment. In those regards, the new proposed rules by the FCC currently would not seek to control the rate structures charged to the consumers, nor would they compel the carriers to allow competing services access to their infrastructure. This move to change the definition applied to ISPs seems to be focused on protecting the consumers’ access to the broadest spectrum of information and services available.

What does this mean for you? For now, net neutrality, thanks to a massive consumer outpouring, is safe and consumers have the final word in which internet sites and services they choose to access. However, this is not the final word as trade groups representing the ISPs and AT&T are already suing the FCC over the new designation. The fight for control of the Internet goes on and only time will tell if net neutrality will continue.