Ghost Tours: Take a Walk on the Dark Side

by Jamie Penn
A few favorite Southern ghost stories and the tours that tell them best.

Every town has them, ghosts, ghost stories, and other terrifying tales. But, honestly, the South seems a bit more saturated with accounts of ghastly apparitions perusing both public places and personal spaces found in and around its humid, oak-lined streets. While the horrors of war, Yellow Fever, treachery, slavery, and corruption have cast shadows on the entire nation throughout history, perhaps the worst of all of it was isolated to the South. And, although it doesn’t take a horrific event or illness to create eternally restless souls, they do help to create the mood for unsettling endings.

We’ve found a few such stories in some of our favorite Southern cities, as well as several tour companies that are there to tell you all about them.

The Spookier Side of Charleston

Charleston, SC, is said (by the folks in Charleston) to be the most haunted city in the Southeast. Whether you’re a local or simply a visitor, it’s difficult to be in this city and not feel that it’s permeated with endlessly rich stories of extremes—good and evil, love and loss, and generosity and greed—mostly due to historical preservation and its Southern character. Cobblestone streets and preserved buildings and homes host centuries of pivotal and tragic moments and events. 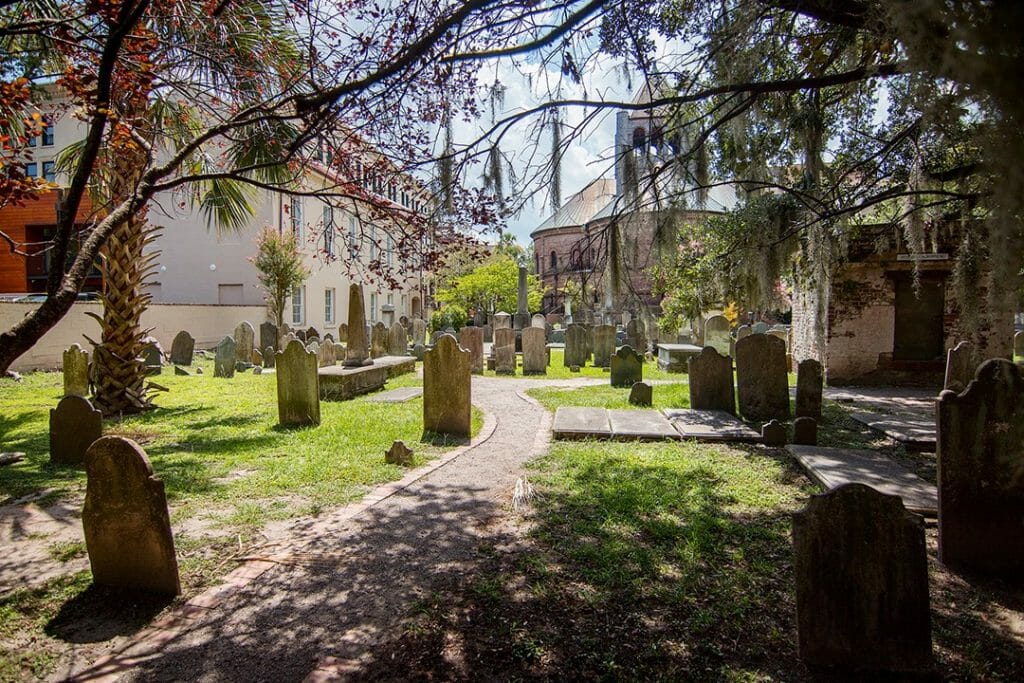 One such place is the Old Charleston Jail. Vigilantes, highway robbers, murderers, and, later, Civil War captives were among the criminals who frequented the prison, and the spirits of many, locals report, continue to remind us that they were, in fact, there.

The most infamous of prisoners was Lavinia Fisher, the first white woman to be hanged in the South. Lavinia and her husband John owned the Six Mile Wayfarer House, both their home and a hotel for travelers. Legend has it that Lavinia was not only a thief but the first female serial killer. It is said that Lavinia would strategically converse with guests upon their arrival to discover the extent of their wealth. If deemed of sufficient means, Lavinia would slip poison into their tea before they retired to bed. And, John would do the dirty work of ensuring that the guest was, in fact, dead before disposing of the body. Locals say that dozens were killed before one suspicious gentleman, who wisely did not drink the tea he was given, snuck out of the window when he heard John attempting to pick the lock to his room. He immediately notified officials, and Lavinia and John were arrested and taken to the Charleston Jail, where they would remain until their deaths by hanging. Tourists consistently report sightings of her apparition at the Old Charleston Jail.

There are more than a dozen tour companies offering ghost tours in Charleston. But, Black Cat Tours is one of the few tours focused specifically on Charleston’s haunted history. 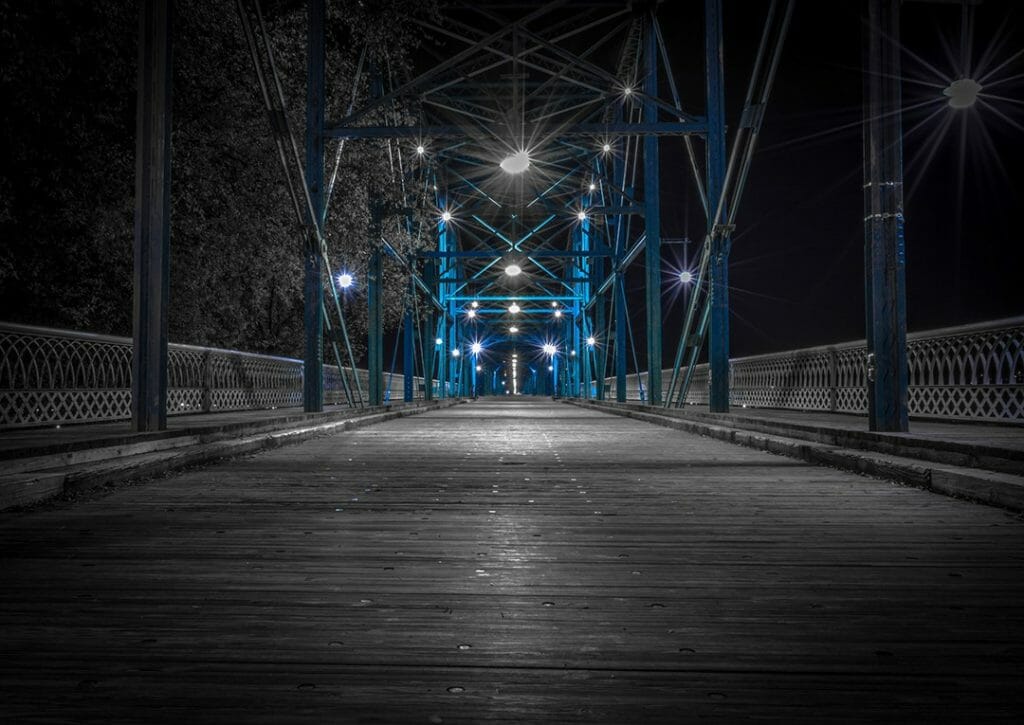 Chattanooga’s history is fairly full of tragic moments, including The Trail of Tears and Civil War battles. And, while hundreds of ghost stories originated among the rubble left from both, some of the most famous ghost stories, mainly due to number of appearances, were born on the property of Chattanooga’s most luxurious hotel, The Read House.

Formerly The Crutchfield House, a smaller and more modest hotel, the building once housed a few guests that weren’t ready to leave. Two of the most sighted apparitions are women who died at The Crutchfield—Annalisa Netherly, in room 311, and one known as “Martha,” who was left by her husband to die in her room. Annalisa has reportedly visited several guests in room 311 at The Read House, and male guests have often described strange encounters with Martha’s ghost.

Don’t let the assortment of tours scare you away. But, do remember that some are limited to guests 18 and older.

Keeping it Spooky in Savannah 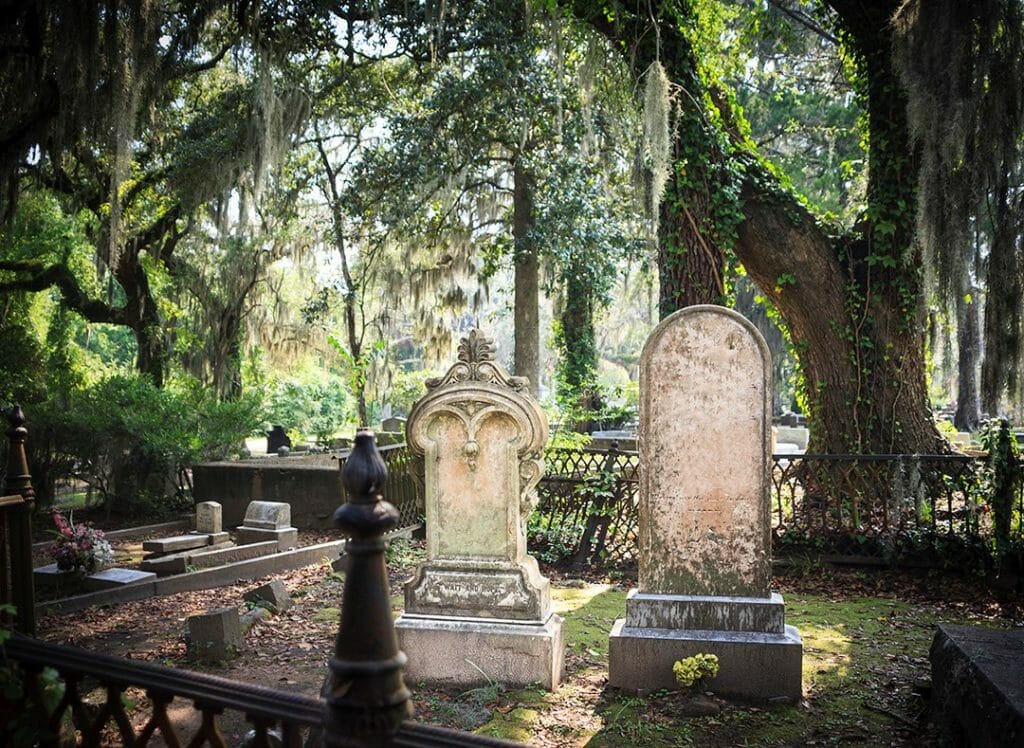 Savannah is known to be flamboyantly Southern with a downtown and riverfront so chocked full of history and spooky stories that it rivals any ghost-ridden Southern city.
One such place is 17Hundred90 Inn and Restaurant. While the ghost of a slave cook is said to be among the noisiest in this swank downtown hotel, a servant boy and a woman scorned have also been seen roaming the halls or terrifying guests at their door. Patrons have reported hearing pots and pans banging in the kitchen and finding it empty upon investigation. Apparently, the slave cook has something important to say. But, so far, no one has stuck around long enough to find out what that is. 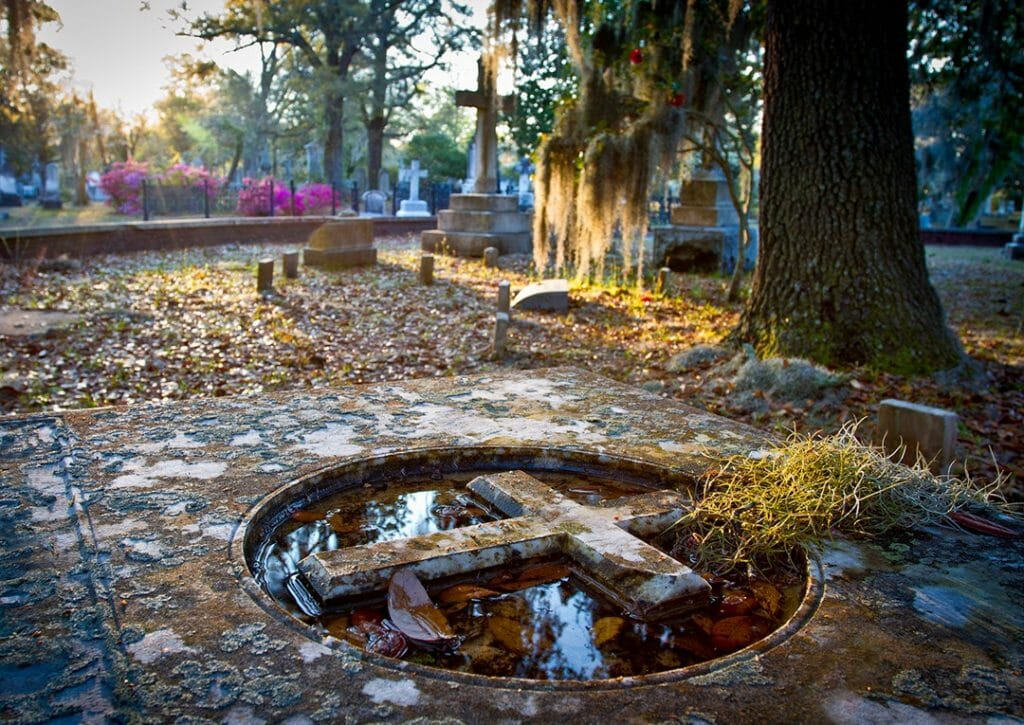 John Hirchak and his wife Kim, both long-time Wilmington, NC, residents don’t take ghost stories lightly. Instead, they’ve made a career out of them. Both have been interested in and avidly researching Wilmington’s haunted history since 1978. Not only has John written two books on the subject, Ghosts of Old Wilmington and Legends of Old Wilmington and Cape Fear, but he and his wife also run a series of ghost tours and history tours in Downtown Wilmington and now in New Bern. And, their tours, says Hirchak, are as researched as they are haunted.

“Our quaint downtown streets turn much more mysterious as the sun goes down,” says John. And, there’s good reason for that, he adds. Locals, Hirchak claims, say that the many instances of plague, corruption, slavery, and the unsettling times of war and famine scattered throughout Wilmington’s history haunt the present as much as they affected its past.

“But, there’s much more to all of the stories and legends than the hype and fantastical tales around them,” he says. And, that’s the story that John wants to tell: the well-informed “truth” behind the myths that float through memories and get passed on. “We get to the bottom of the story, and then pass that story on to our ‘guides’ who are mostly local actors,” he points out.

And, given Wilmington’s rich and acclaimed theatre presence, the result is a show that visitors won’t soon forget.

One particular apparition who tends to stay top-of-mind in Wilmington is Meg, the owner of a pub in what was known as Paradise Alley, advertised as a respite for lonely sailors returning from months away at sea in the mid-to-late 1700s. She ruled her establishment with an iron fist and is said to have beaten many within an inch of their lives for over-stepping their bounds in and around her pub.
As the story goes, Meg would sink her teeth into the appendages of misbehaving and unwitting patrons, bite them off, and stick them in a pickling jar on her bar. Locals say that her ghost, covered in blood, has been known to haunt bathrooms of local modern-day bars and dark alleyways. Such an encounter, they say, requires running … fast. 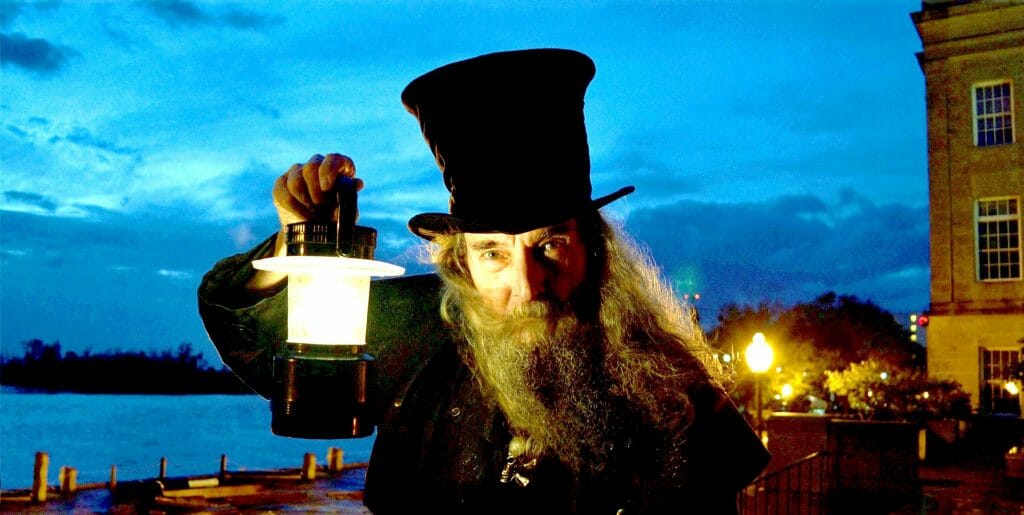 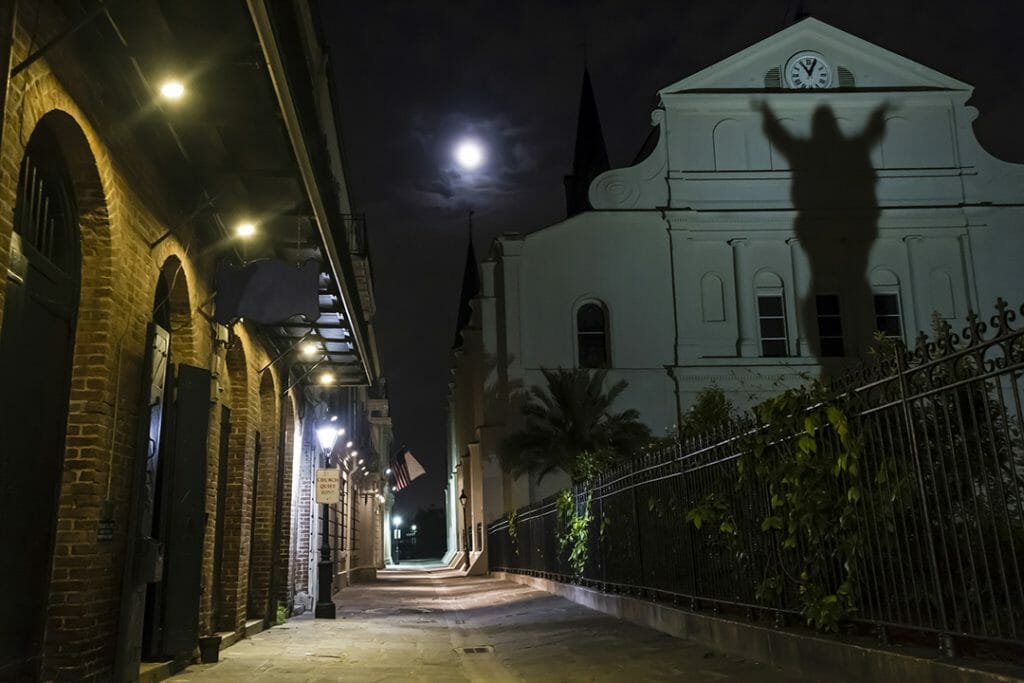 As most of us know, New Orleans has a well-developed dark side. Historic and often tragic events have made an impression on the Crescent City, and in a city that never sleeps, neither have many of its darkest moments. Also, in keeping with New Orleans’ other well-known flavors, the most haunted spots in the city are also those known for their late-night party scene.
One such place is Muriel’s, an internationally-known destination that often requires years of savings to afford dining. One particular guest, however, has a seat waiting for him every night of the week.
Compulsive gambler and real estate investor Pierre Antoine Lepardi Jourdan bought the building that would eventually become Muriel’s in 1788 after the Great New Orleans Fire. Locals say that it was slated to become his dream home. But, alas, in 1814, he gambled the building away in a poker game. So distraught over the loss, he killed himself on the house’s second floor. Almost nightly, say employees, furniture moves mysteriously and glasses smash to the floor without being touched. In order to appease Jourdan’s restless soul, employees set a table for him, complete with bread and wine, every evening. They have also created a designated séance room reserved for Jourdan’s ghost.

One thought on “Ghost Tours: Take a Walk on the Dark Side”