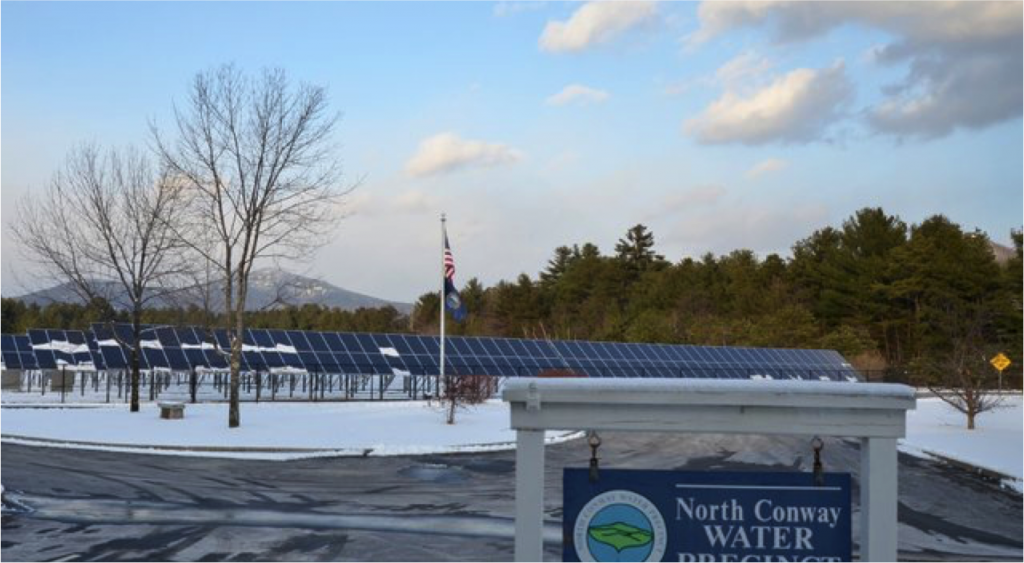 How can such a large reduction ever be accomplished? Fortunately for us, several years ago, community mem 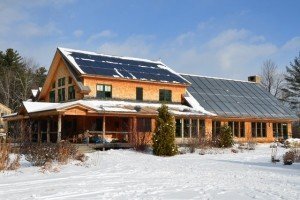 ber Ray Sears established the Energy Subcommittee (ES) of Sustainable Eastman, which has been wrestling with that question ever since. The ES believes that reducing energy consumption through conservation is critically important and fully supports all efforts directed toward that end. However, it also realizes that accomplishing the 25% reduction goal in Eastman Plan 2020 will not be possible using only traditional methods such as adding insulation and tightening up drafty building envelopes. Instead, the next step in energy conservation is Eastman’s production of its own energy from the non-fossil fuel sources of wind, fast-moving water or the sun.

Since Eastman is not situated well for taking advantage of wind power, and because the moving water sources within Eastman are small relative to the community’s energy needs, solar is the only viable means of producing Eastman’s own non-fossil fuel electricity. The ES recommends building a large scale community solar farm to provide ECA’s energy needs. As a first step, a pilot project called the Eastman Pavilion Solar Electric Project is being organized. The ES is most appreciative of the invaluable information, knowledge and guidance of Eastman residents/subcommittee members Steve Goldsmith and Bill Mathewson in directing this project. It will consist of the installation of a solar electric (photovoltaic) system on the roof of the South Cove Pavilion and a small display in the South Cove Activity Center explaining the system and showing the energy being produced. The purpose of the project is to:

• generate electricity. The array will not generate enough energy to completely serve Peppermint Patty’s and South Cove but will be the size needed for a typical four-person house;
• raise the community’s awareness of energy issues;
• provide information about solar and its advantages through a working demonstration system; and
• help the ES explore the regulatory and financial issues that would be involved in a larger solar project in the community.
To that end, the ES has suggested that members of the community establish a limited liability corporation (LLC) for the project in preparation for developing one on a larger scale that might generate electricity for the infrastructure of Eastman and/or for groups of individual homeowners. This will also develop an understanding of the laws and regulations that impact renewable energy production as well as the process of establishing a solar array financed by an LLC and managed over time.

Limited liability corporations are often formed to purchase and ins 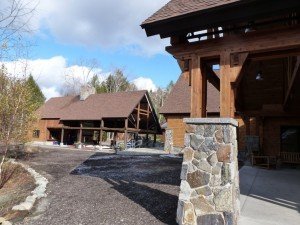 tall solar systems for non-profit organizations so that tax-related incentives can be realized by tax-paying investors.The major financial incentives when purchasing solar equipment are:
• the rebate given by the NH PUC
• a 30% tax credit from the federal government if the system is installed by the end of 2016;
• an accelerated depreciation for renewable energy assets placed in service before the end of 2016; and
• money made by selling to a consumer the electricity generated.

For the LLC recommended by the ES of Sustainable Eastman, it is proposed that five ECA Members cooperatively fund and operate the LLC with $5,000 input each. The intent is that each participant will recover his/her investment plus 6% APR in approximately five years. At that time, the LLC will transfer ownership of the solar array and all equipment to the ECA, which, as a result of the transfer, will acquire a 9,000-watt solar generating system at no cost and, over 25 years (the useful life of the system), realize total energy savings of $37,625 if PSNH rates don’t increase over that time. If the rates increase by 3% annually, the total energy savings realized by ECA would be $51,174 over 25 years. This year alone, the PUC granted PSNH (now Eversource) a 7% increase, while Liberty and Unitil doubled their rates.

In addition to the Pavilion Solar Electric Project, the ES has worked to establish the Grantham Town Energy Committee. Having a town committee makes Grantham eligible to apply for participation in the Vital Communities’ “Solarize the Upper Valley” program, which streamlines the solar installation process for installers and homeowners in chosen participating towns. Time is critical because Vital Communities is planning to institute its third and last year of “Solarize the Upper Valley” soon.

The Energy Subcommittee of Sustainable Eastman meets on the third Wednesday of the month at 7:00 p.m. at South Cove; you are invited to attend. The present members of the ES are Susan Goodwin (chair), Jenna Chenevert, Steve Goldsmith, Bill Mathewson, Karen Neumann, Michael Salo, Bob Wohlfort and David Wood. If you are interested in becoming a member of the committee, please contact Susan Goodwin (neet.goodwin@gmail.com).

At the same time that the ES is investigating the use of solar for the community’s electricity, Village District of Eastman (VDE) Commissioner Duncan Wood reports that the VDE is actively considering the option of installing a solar panel array to provide renewable power to its various water pumps, air blowers and other equipment. The VDE uses approximately 500,000 kwh of power annually, with the usage varying from year to year depending on water demand, water leaks, weather, etc. The electric power bills for the VDE’s various water and wastewater facilities add up to approximately $80,000 per year.

An initial analysis by the VDE’s commissioners concluded that the installation of a solar panel array using bonded debt was not feasible. However, they have learned that alternative financing arrangements are available. In recent years, the New Hampshire Public Utilities Commission has mad 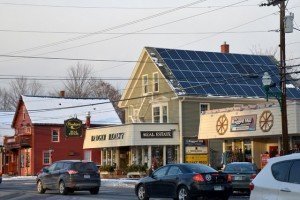 e cash grants from the New Hampshire Renewable Energy Fund for the construction of renewable energy resources, including solar panels. The commissioners understand that applications from municipalities were generally viewed favorably. If awarded, a grant could help fund the installation of solar panels on the VDE’s land near the Water Treatment Plant. However, the commissioners have recently learned that the grant program will probably be changed in 2015, so the likelihood of winning a grant is far from certain.

An alternative financing approach would be to lease the use of the land to a private developer, who would provide the capital, manage the installation of the panels and then sell the power to the landowner at a below-market rate per kilowatt. A developer is able to take advantage of the federal tax credits and accelerated depreciation financial incentives that are not available to a municipality.

The VDE is meeting with alternative solar system developers to learn more about the grant process, alternative financing models and the potential for power generation on the land it owns. The developers with whom the commissioners have met have stated that the VDE has a very favorable site for the installation. The question now is how to accomplish such a project in the most financially responsible manner. The hope is that, within the next few years, the VDE will be able to power its pumps with sunlight.

“May the sun shine bright… ”

Search for Green Building By State: