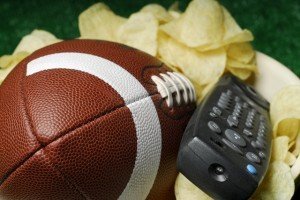 The Super Bowl has come a long way since its first appearance on January 15, 1967. Then, the NFL had a rival—the AFL (American Football League).The Super Bowl was created as part of a soon-to-be merger between the two leagues, bringing the two league champions to play in the AFL-NFL World Championship Game. After the merger, the NFL was divided into the two conferences we are familiar with today: the AFC and the NFC.

Now, this de facto American holiday (Super Bowl Sunday) is in its fourth decade, as the two best teams in the NFL battle it out for the title of Super Bowl champions. Much like the weather, it’s hard to really predict who will win. both teams have a lot going for them. (But so far, the weather seems to be taking it easy—no winter storms are on the horizon—but there will still be quite a chill in the air.

For football fans everywhere, this Super Bowl is in the making to be a great one—regardless of it your team is in it or not. But the Super Bowl brings more excitement than that. It’s among the most watched sporting event, and is frequently the most watched American Television broadcast of the year. We all watch for the love of football, but also for the Halftime Show and the commercials.

This year, musical artist Bruno Mars graces the Halftime Stage. They’ve even announced a second artist to perform during halftime: The Red Hot Chili Peppers. Though in the past the halftime performances have had some unfortunate mishaps, they still leave some room for surprises. So while we know of two great artist that will be belting out their songs, there’s no telling who else mind find their way to the stage on Sunday. Millions of people will tune in to find out!

They’ll also tune in to catch the famous Super Bowl commercials. This is the one television broadcast where you don’t want to use the commercial breaks to go to the restroom or refill the bowl of chips; there’s no telling what hilarious moments you’ll miss if you do! It’s the most expensive airtime of the year, with companies developing and investing in their most expensive advertisements during the game. People remember Super Bowl commercials; they always make it into the topic of conversation the day after the game.

The Super Bowl is also known as the 2nd largest day for food consumption in the US. From wings to pizza to chips and salsa, you’ve got to have good food for game day.

Without all these components, the Super Bowl would just be another football game—which in fact, it is not. Football fans and even non-football fans alike look forward to this day, eager to participate in this truly American holiday. Find a TV (or if you’re really lucky, you’re seat in the stadium!), a plateful of food, and settle in to watch the culmination of 17 weeks of football games. Will it be the Broncos? Or the Seahawks?