Quintessentially Southern… With a Twist 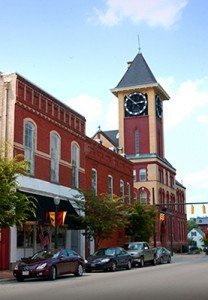 New Bern, N.C., is a classic Southern town steeped in rich southeastern tradition with an upbeat, progressive vibe that keeps it growing.

History is alive in the charming Southern town of New Bern. It gently blends with the modern nuances of renovated and updated areas of town and is preserved like a beacon in the many signposts and historic plaques serving to remind residents and visitors of the richness of its roots.

As in most cases, it all started with a battle. Unrest between the Tuscarora Indians and Swiss settlers that claimed the city in the early 18th century ended mid-century, when settlers were finally able to call New Bern their own. The city was named the first permanent capital of North Carolina in 1747. In triumph, Governor William Tryon commissioned the construction of a palace in his honor. The sprawling—and quite expensive­—Tryon Palace was completed 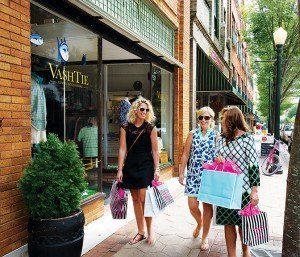 Following a 30-year campaign to rebuild, palace reconstruction was finally completed in 1959. It continues to attract visitors from all over the world. And the recently-built North Carolina History Center is an added draw. The 60,000-square-foot museum and cultural center hosts exhibits, artifacts and cultural attractions as well as shops and waterfront dining.

New Bern’s attractions and amenities are pretty endless, however. While most people cite history, culture, water access, sense of community and the many amenities New Bern has to offer as reasons they’ve settled there, they can rarely put their finger on the feeling that keeps them there. 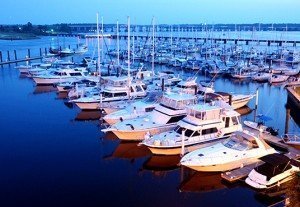 “There’s just something really special about this place,” Rob Timmel says after describing a day in downtown New Bern. New Bern sits at the confluence of the Trent and Neuse rivers. And since retiring to New Bern four years ago, Rob and his wife Marti have found pleasure in the little things.

“We love to explore historic downtown,” he says. “We get a kick out of just walking around down there, then finding a nice bench on the river and watching the boats.”

The Timmels worked and raised their family in the D.C. area, and when it came time for retirement, they began looking for middle ground. He wasn’t a fan of heat and humidity, and she was opposed to snow. When their son-in-law suggested New Bern, they decided to take a look. 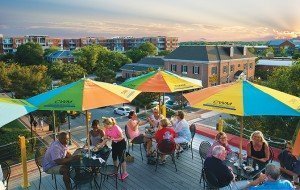 “We fell in love with it the minute we drove over the bridge,” Marti says. “It reminded us of Annapolis. We loved the sense of community we felt when we spent time downtown.”

While Rob plays golf and volunteers at Habitat for Humanity, Marti stays active in the art community. “Art is truly alive here,” Marti points out. “There’s always a class going on. I’ve taken painting classes and jewelry making classes. We both love the art walks and like to visit local galleries together.”

The Timmels live just a few minutes from downtown in Carolina Colours, one of the best North Carolina gated communities nestled in the forest, where a tight-knit community just gets tighter.

Home prices and accommodations vary to suit both retirees and young families. And the Timmels say this is important to them.

“We didn’t set out to live in a retirement community,” says Rob. “I love that Carolina Colours has so many activities for our age group, but I also enjoy being involved with people of all ages and seeing that their needs are also provided for here.”

Ed Kearney and his wife Joan have also recently retired to New Bern in the Carolina Colours community. Longtime natives of Long Island, NY, they chose New Bern for a couple of reasons. One was their love of the historic district; and the second was that it was close enough to the ocean to visit on a weekly basis, but far enough away to be less vulnerable to storms.

Ed says he wanted retirement to be a nice break, but coming to New Bern to kick his feet up wasn’t what he had in mind. He is as busy now, he says, as he’s ever been, and he’s a member of the golf club, the bridge club, a local fishing club, plays tennis and volunteers at Habitat and the Tryon Palace weekly, or as necessary. 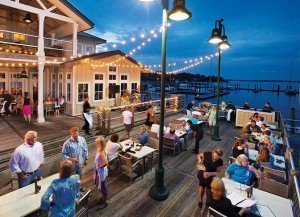 “There’s never a shortage of things to do around here: the golf courses, live music events, shopping, cafés. Then there are the beaches and rivers, of course. And the Outer Banks,” he says.

The Outer Banks are astring of barrier islands just off the coast of southeastern North Carolina. They offer breathtaking vacation destinations from super-remote to just-quiet-enough to unwind. From the wild horses of Shackleford Banks to the Wrights Brothers Museum found at Kill Devil Hills, there’s an island for everyone.

It’s this varied landscape and topography in and surrounding New Bern that inspired author and New Bern resident Nicholas Sparks to write most of the novels he’s so famous for. In a video interview on New Bern’s official website, Sparks s 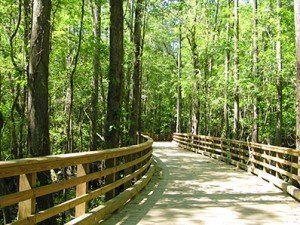 ays The Notebook was born here.

“Part of it was just the way that the mist rises from these slow moving rivers,” Sparks says. “There’s this color of irony, the Spanish moss dripping from the trees.”

Ed Kearney says that while New Bern is quintessentially Southern, it’s also vibrantly progressive. “Simply put,” he says, “New Bern just kind of has it all.”

Previously published in the 2015 Summer issue.  By Jamie Penn