A RC Cola and a MoonPie: A Southern Tradition 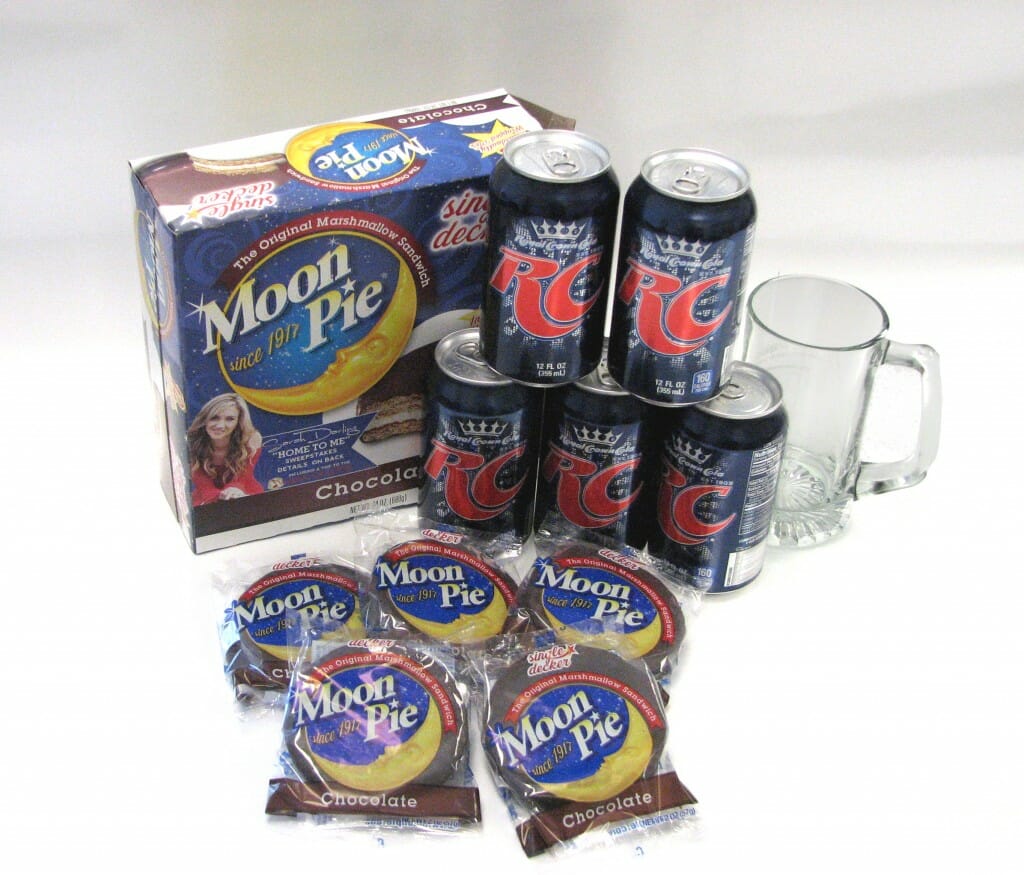 This delicious duo was the inspiration behind Bill Lister’s country tune “A RC Cola and a MoonPie” in the 1950s, but the pair had been together long before that. In the 1930s, they were filling the bellies of coal miners and laborers alike, earning the nickname “working man’s lunch.” It was a lot of snack for a little money, which was ideal for the working class. In fact, you could get a MoonPie and RC Cola for just five cents each! Before the two became famous, where exactly did these cultural icons get their start?

The MoonPie was born in 1917 at the Chattanooga Bakery in Chattanooga, Tennessee. At its start, the bakery, founded in 1902, sold about 150 products. Some of the products we still recognize today, like Vanilla Wafers and Graham Crackers. Mr. Earl Mitchell, Sr., a bakery salesman, got the idea for the MoonPie after he visited a company store that catered to coal miners. Not always having time for lunch, a snack that was filling would do that trick for the hard working miners. When Mr. Mitchell asked how big the miners wanted the snack to be, one held up his hands, framing the moon. With the size in mind, all that was left was the recipe. After witnessing some of the factory workers dipping graham crackers into marshmallow, Mr. Mitchell thought it would be even better to add another cracker, and then coat the whole thing in chocolate. This combination was an immediate hit, and the MoonPie quickly became a regular item for the bakery, as well as found a soft spot in the hearts of the people in the South. During WWII, the Chattanooga Bakery sent thousands of MoonPies to our troops, a tradition that still carries on today. Though as the years have gone on and other variations of the MoonPie have been created—the Double Decker was made in the 1960s to help prevent the snack from slipping through the cracks in the vending machine, and between the 1980s and 90s, the Mini MoonPie was born, a response to mothers complaining that the Original and Double Decker MoonPies were spoiling their children’s dinners—nothing beats the Original MoonPie. It ties you to the past, the brand having been around the South for generations. When you walk into a Southern country store and see one, it is hard not to become nostalgic or excited. There is just something about a MoonPie.

Columbus, Georgia, is the birthplace of RC Cola. Though the cola company began in 1905, thanks to Claud A Hatcher, RC Cola was not born until 1934. Its ancestors, Royal Crown Ginger Ale, Chero-Cola and Melo (later known as Nehi) paved the way for the creation of RC Cola. After the sudden death of Hatcher in 1933, H.R. Mott took over as president of the company and tasked chemist Rufas Kamm with developing a more refreshing cola for the public. The final product was released under the name of Royal Crown, in honor of Hatcher’s first line of beverages. RC Cola was a hit, and the drink became famous on its own as the company began to advertise its product more aggressively. RC Cola was endorsed by Hollywood celebrities like Bing Crosby, Joan Crawford, and Shirley Temple, and appeared in colored ads in publications like Good Housekeeping and Saturday Evening Post. Eventually with all the publicity, the cola became the mainstay product, and the company changed its name to Royal Crown Cola Company in 1959.

While it is unclear exactly how the two became such a famous twosome—there are theories, one being that during The Depression, their size (both being larger than their competitors) and price (each only a nickel) made them more appealing—it is clear that you simply cannot have one without the other. Give me a RC Cola and a MoonPie.

One thought on “A RC Cola and a MoonPie: A Southern Tradition”